Call us : The Box Office is CLOSED
Mail us : info@lakeshoreplayersdorval.com 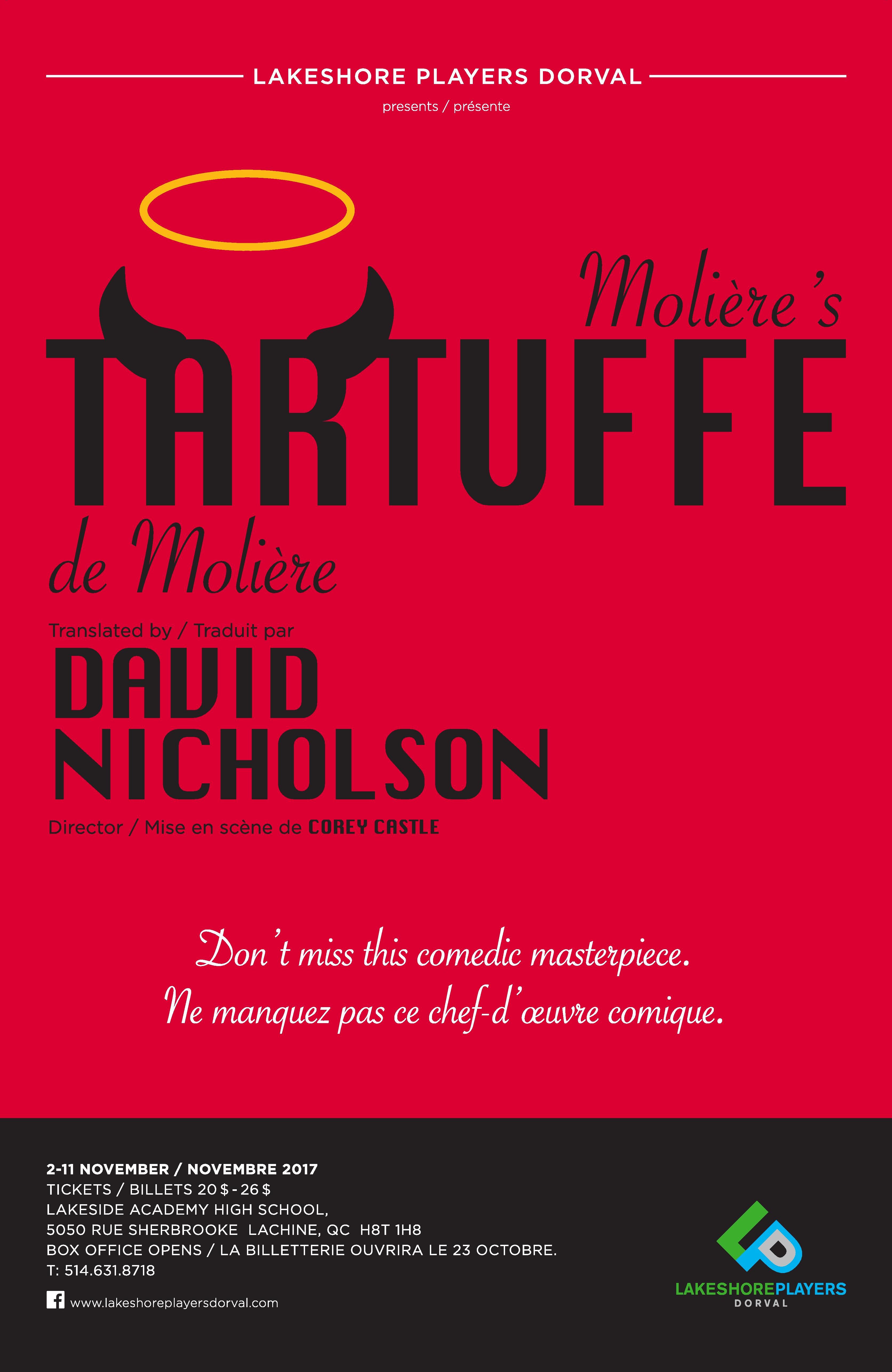 Fooled and foiled? One of Molière’s most famous theatrical comedies will be featured this year at the Stratford Festival and at Lakeshore Players Dorval Dorval! – Set in Montreal in 1951, Orgon, a wealthy businessman, entrusts his reputation and fortune to a self-professed man of God, Tartuffe. As the cunning and lustful impostor manoeuvres himself deeper into his household and his family, Orgon’s world gets turned hilariously upside-down. 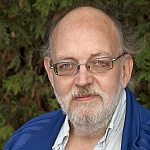 Corey Castle – Director
Corey has directed numerous productions in and around Montreal, including Cabaret (Theatre Lac Brome and Centaur Theatre), Into the Woods (Concordia University), Blokes, Blokes II, Troubadours Through Time, Mainly Montreal (Centaur Theatre, starring Bowser and Blue), The Last 5 Years, (Hudson Village Theatre), many musicals (Lyric Theatre) and G & S operettas (Montreal West Operatic Society, Lakeshore Light Opera). This is Corey’s fifth show for Lakeshore Players Dorval. He is a graduate of the American Musical and Dramatic Academy in New York. While there he assisted on the off-Broadway production of the musical Falsettoland. 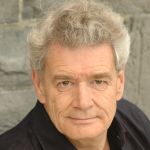 Clive Brewer – Orgon
Clive is delighted to be back with Lakeshore Players Dorval once again. His past appearances for Lakeshore Players Dorval have included roles in Sabrina Fair, You Can’t Take It With You, and 84 Charing Cross Road. Some other favourite past roles include Pisthetaerus/Makemedo in The Birds for Dramatis Personae, Dogberry in Much Ado About Nothing and Graham in Talking Heads for Hudson Players Club, Frank Strang in Equus for Village Scene Productions, Polonius in Hamlet for Persephone Productions, and Captain Hook in Peter Pan for Hudson Village Theatre.
Paddy Cardarelli - Cléante 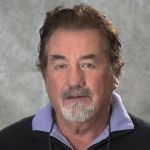 Paddy Cardarelli – Cléante
Paddy who has performed in his native England, the U.S.,Toronto, and Montreal is appearing in his 44th Lakeshore Players Dorval production. A member since 1966 he has literally been chair of the reading committee. A big thank you to the many board members who over the years have ensured the longevity and continuation of the group.
Christina Filippidis - Dorine 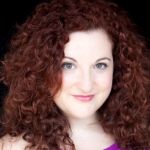 Christina Filippidis – Dorine
Christina is a graduate of Dawson’s Theatre Program. Since graduating in 2002, she has appeared in several plays, namely: Tony & Tina’s Wedding in Vancouver, The Real Inspector Hound, (her first play with Lakeshore Players Dorval and she is happy to be back again) Danny And The Deep Blue Sea and last year’s hit Damn Those Wedding Bells. In recent years, Christina has appeared on French television shows and will be appearing in the motion picture Junior Majeur in November. She is thrilled to be involved in this play with such a terrific cast, helmed by a gifted & insightful director and superb production team. Thanks for the laughs! She would like to thank her family, friends & acting teachers. A very special thank you to Gabby, James and her fiancé Stefan for helping with running lines, their love, and constant support. You are my world!! Enjoy the show!
Brian Hammond - Monsieur Loyal 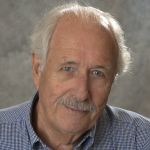 Brian Hammond – Monsieur Loyal
Now enjoying his 20th year with Lakeshore Players Dorval, Brian is delighted for the opportunity to act in his 5th play with the company. He thanks Corey for giving him the role. Brian is also most thankful to Lizanne for being his personal script assistant when doing lines at home.
Jordan Marchand - Tartuffe 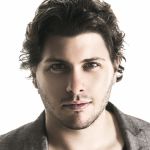 Jordan Marchand – Tartuffe
Jordan is proud to be returning to Lakeshore Players Dorval for a second year after playing Buttermilk in The Inspector General (2016). Jordan has also played in many HMC show. Some favorites include: Curly in the META award winning show of Oklahoma (2013), Billy in 42nd Street (2012), Beast in Beauty and the Beast (2010), Harold Hill in The Music Man (2009), The Purser in Anything Goes (2008), Rooster in Annie (2007), Conrad Birdie in Bye Bye Birdie (2006), Cornelius in Hello Dolly (2005). Jordan was also featured in the Segal Centre’s Dora Wasserman Yiddish Theatre production of On Second Avenue (2012). Jordan is currently a full member of both CAEA and ACTRA. Professional credits include: Harry the Horse in Guys and Dolls (2012) Sidney Katz in The Gefilte Fish Chronicles (2013). Next Wave Festival credits: South Park (2012) and Slow Dance with a Hot Pick Up (2009). visit www.jordanmarchand.com
Seymour Marsh - Court Officer/Flipote 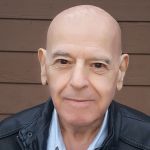 Seymour Marsh – Court Officer/Flipote
Pleased to be back after a long absence!
Lisa McCormack - Elmire

Lisa McCormack – Elmire
Lisa is beyond delighted to get back on stage after taking time away to raise her two lovely young ladies. An alumni of Dawson’s professional theatre program; she has aspired to be an actor since she, herself, was a young girl. She is thrilled to join Lakeshore Players Dorval this year and grateful to everyone for being so welcoming. Kayla, Reilly, Davey P- you are my heart and soul and my reason for being xo.
Andrew McLennan - Damis 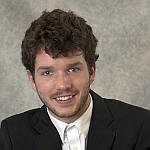 Andrew McLennan – Damis
Recently graduated and now an environmental technician by trade, Andrew is ecstatic to be back for his second season, after a two year hiatus with Lakeshore Players Dorval. Last time we saw him was in Shakespeare in Hollywood and now he is thrilled to be taking part in such a prestigious play as Tartuffe. After maturing from previous experiences with theatre over the past decade and a half, Andrew is excited to take on his new role and wishes that you all enjoy the show.
Elisa MacLeod - Marianne 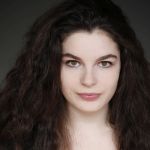 Elisa MacLeod – Marianne
Elisa MacLeod is a recent graduate of the Dawson Professional Theatre Program (Dome Theatre). She began her theatrical career at a young age with the Montreal West Operatic Society, and has since trained alongside a number of acting and performance coaches including the artists and teachers at the Stratford Festival’s Shakespeare School. Back on stage for the first time since her graduation, her previous credits include Beatrice in Much Ado About Nothing, Karen in August: Osage County, Isabel in The Pirates of Penzance, and Juliet in Romeo and Juliet.
Linda Sheshko - Mme. Pernelle 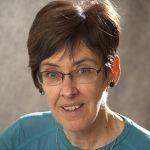 Linda Sheshko – Mme. Pernelle
Now in her ninth season as part of the Lakeshore Players Dorval community, Linda has served on the Board and also backstage as a Stage Manager. Onstage, she has appeared as Miss Prism in The Importance of Being Earnest, the psychic Helga Ten Dorp in Deathtrap, Mrs. Goodman and Mrs. Ince in The Cat’s Meow, Julia McKinlock in Sabrina Fair, and Ethel Savage in The Curious Savage. She is delighted to have worked with such a talented cast, crew and director in presenting this fresh translation of Molière’s classic comedy. Whether in seventeenth century France or the Quebec of 1951, one can always find charlatans and suckers!
Myles Stuart - Valère 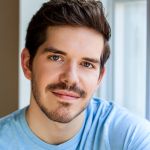 Myles Stuart – Valère
Myles is a new Lakeshore Players Dorval member having just joined in 2017, making his debut in Moliere’s, Tartuffe. A recent graduate of  Dawson College’s theatre program, Myles has always shown a passion for performing & making others laugh. An aspiring stand-up comedian, Myles spends his free time writing jokes that he hopes to one day bring to the stage. Myles owes any and all of his success to his loving mother who is his biggest supporter. Hoping he can someday give back to his mother, without whom he would not be here today.
MENU